At Simplicity, we faced the largest merger in the history of the Chilean financial system, CorpBanca and Itaú, announced in January 2014. During the process, an activist hedge fund launched a smear campaign against the merger in Chile and filed a lawsuit in the United States.

Despite being a Chilean company, what happened in the United States was very relevant because, since 2004, CorpBanca had been subject to the supervision of the U.S. Securities and Exchange Commission (SEC), considering that the bank was registered in the New York Stock Exchange (NYSE), through an American Depository Receipt (ADR) program.

The transaction was subject to regulatory approvals in the United States, Brazil, Colombia, Panama, and Chile. 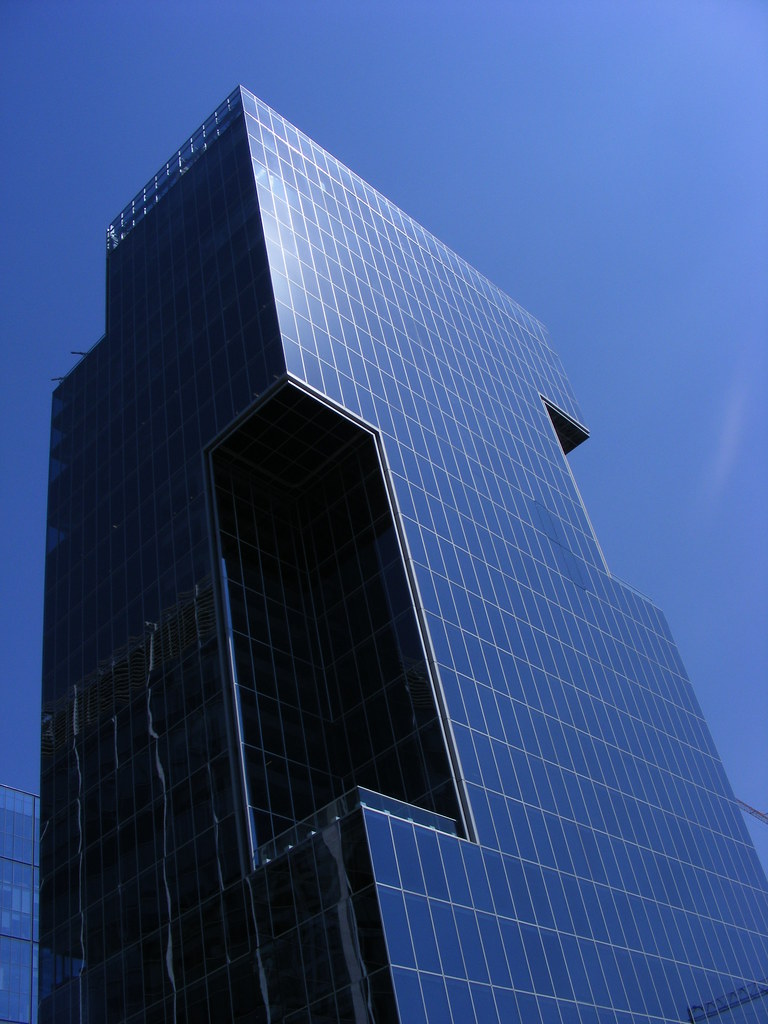 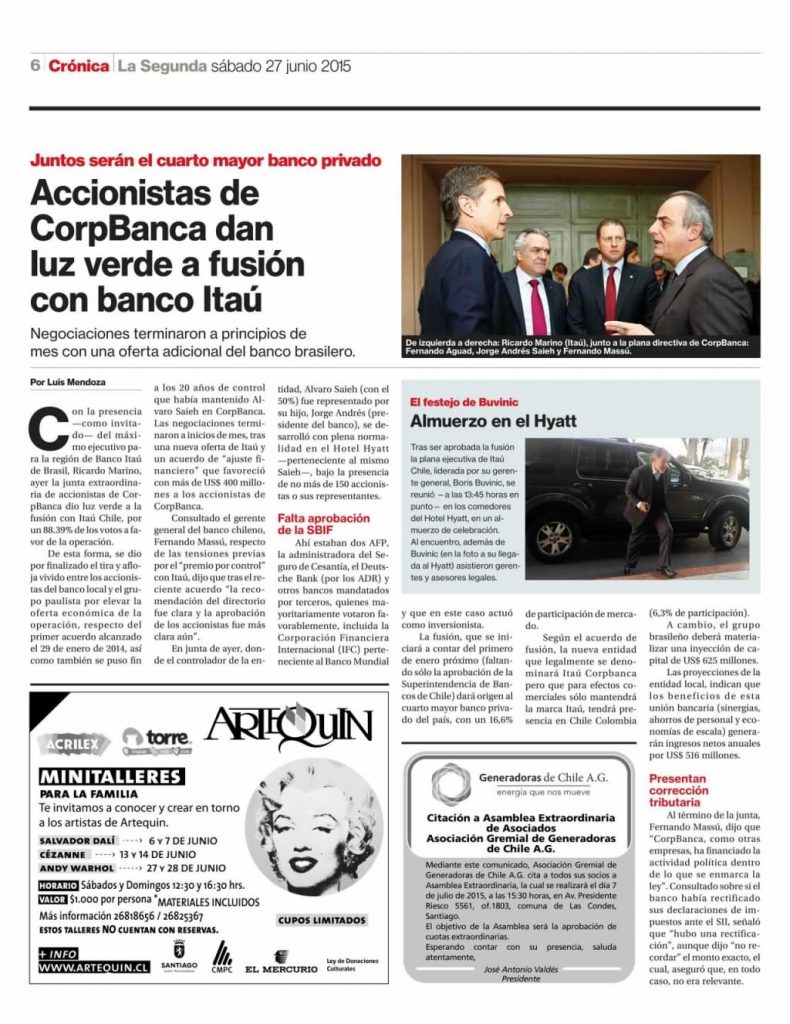 The crisis team took charge of countering the unfounded accusations with a communication policy of total transparency, which had not been seen in proceedings of this kind in Chile, thus showing in different markets that the operation added value to all its shareholders and that it complied with all existing regulations.

The merger was fully validated in the financial market; it was approved by the regulators and by 88.39% of the shareholders, who gave support far exceeding the 66.6% required by law. Thanks to this support, it was possible to create the fourth largest private bank in Chile. 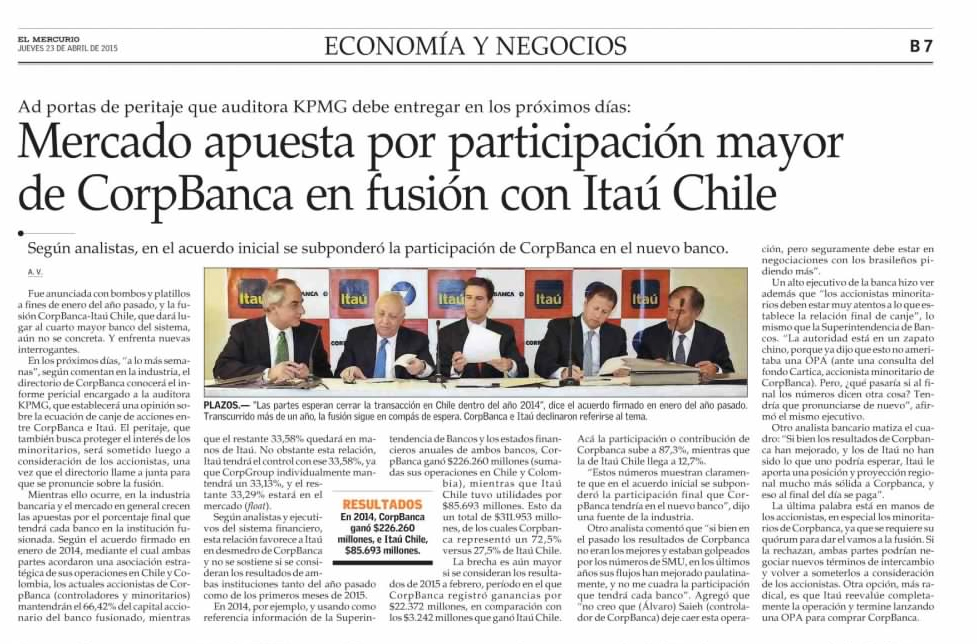