No more hatred on social media

On October 27, 2016, we launched Time To Stop (HDP in Spanish) campaign, pinpointing violence on social networks. In Spanish, the initials of this campaign (HDP) correspond to one of the most common insulting words used by Chileans. Thus, the idea was to transform and twist an offensive phrase using the same initials, resulting in the name “Time To Stop” (Hora De Parar). This twist is what we wanted to achieve to draw attention and raise awareness of this phenomenon. 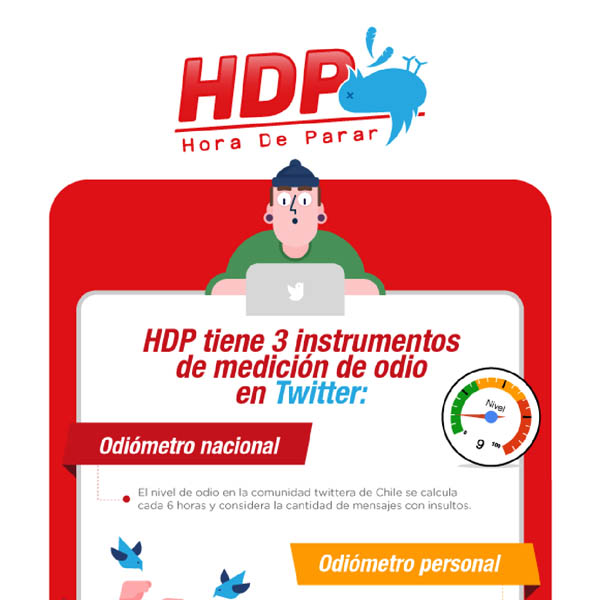 In addition to placing this critical issue on the national agenda, measuring the aggression of trolls in real-time, and exposing the most hateful ones, we wanted to analyze this phenomenon. The study “Xray of Hate on Twitter 2016” revealed that Chilean society is increasingly hostile and aggressive and that hate messages related to women, sexual minorities, and migrants are the most common on that platform.

Several media personalities who have been victims of cyberbullying joined this initiative. In three months, HDP had an outreach to more than 11 million people on social networks and more than 9 million on traditional media. 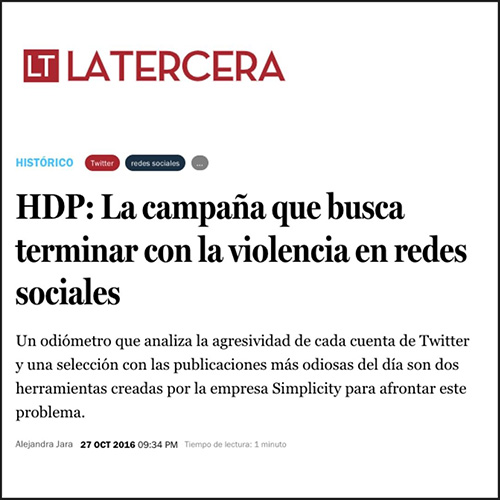